Home > Blog > Be Selfish and Put Yourself First! 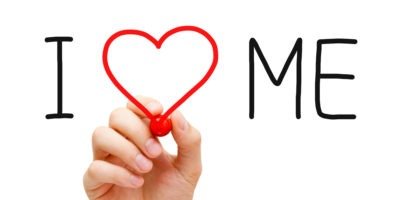 You have been told that you should put others needs before your own. You’re never thinking about what you want first. Is that right? Is that how life should be?

How often do you put others first? Sometimes, all the time, or every time?

Why is it so one-sided, why is it your responsibility, why is it always up to you?

Are the rules different for you?

This can lead to destructive behaviour in order to reclaim the power and control in your life, such as procrastinating.

Where is Your Voice

I offer you a new perspective: Your voice needs to be heard and it is not rude or arrogant to think that.

Below are the steps to begin change so that you can do the things you want rather than feeling you always need to put others first.

First, know that your needs are as important as everyone else’s.

Know what you want. This might seem strange, you have looked after everyone else for so long that your wants might not come to you straight away.


Grow your confidence, practice with smaller things first but start telling people what you want to do in situations that don’t fill you with as much fear.
Stop saying yes. Saying yes can become a habit, it’s easy to say yes to cut through the tension and stop a disagreement in its tracks. But by saying yes all the time it is not giving you the space to think about what you want meaning that your needs are never met.

So if you can’t say yes you have to talk to others. Have a conversation with people. Even if you want to do the thing they suggest, rather than say yes, instead say that it sounds like a good idea, let’s do it. It will give you the time to assess what you actually want to do.

It’s all about talking and allowing others to see your point of view. People may be shocked that your behaviour is starting to change; to hear that you disagree and are not saying yes but that’s OK. Your true friends will be supportive and stick around regardless.

It’s not about being selfish but rather about having a conversation so that you can all be happy in the decisions you make.

Remember you are just as important as they are.

Believe it and start talking rather than just saying yes!