Home > Blog > How to Succeed in Life: Learn How To Cope with Failure 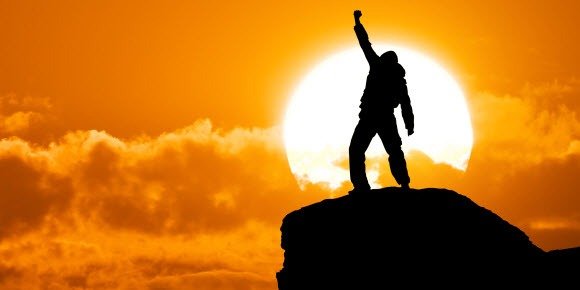 Within society and life in general failure is seen as a weakness or as a negative mark on your character. You have been taught to run from failure all of your life. However, if you can start to see failure in a different way it will lead you a new way of life. A life that is not filled with dread and regret, but one filled with excitement about trying new things and will ultimately lead to success. A life without emotional boundaries to try new things.

How do you feel about trying and failing? I bet not too good. When you fail you tell yourself that you can’t do it, you are not good enough. Failure upsets you and that keeps you in the status quo, not wanting to try again or move forward in case you fail again and feel that same tinge of negative emotion.

This all stems from friends, family and society focusing on people succeeding, but you never see the work that they have put in to run the fastest, jump the highest and succeed in what they want.

I want to share with you a quote from Thomas Edison who is the inventor of the light bulb. When asked how it felt to fail over and over again he remarked:

He did not see failure as a bad thing but as the process towards success.

In order to succeed you have got to try over and over again as the chances of you succeeding the first time are unrealistic. Yet that first failure you hold onto and you see it as becoming who you are. To be blunt with you, to succeed in anything takes a long time, a lot of practice, planning and a lot of failures.

It does not happen overnight but when you have created something or reached your goals, you will realise how failure is not a bad thing at all but in fact, a tool that has helped you succeed.

As Edison would say ‘…find the way that works.’

Therefore the key to success is to reshape the way you view your failure. It is not something to avoid but something to look for and to be excited about. It means moving one step forward to reaching your dreams of success.

The way to start to change is to try something new.

Don’t feel the need to go out of your way to make a mistake, but accept that you are going to make a mistake or fail initially. But when you do fail don’t stop there! Keep trying. Learn from your mistakes and enjoy mastering it until you get it right and you find success.

This exercise will help you to shape the way you see failure and to try other things and not feel held back. The more you try the easier it will be to pick yourself up when something doesn’t go your way.

Remember not trying is the biggest failure of all