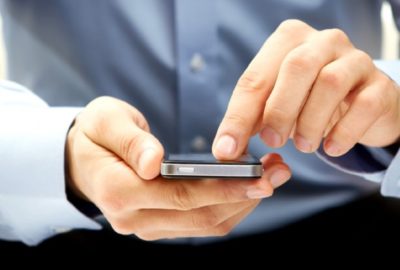 There was an article in the Evening Standard (16/11/15) by REHEMA FIGUEIRED. The article stated that: ‘Women can end up as gambling addicts because of online games.’

As a topic of interest, some elements of the article stuck out to me.

The link between games, apps and gambling

I found it makes the link between online games (Candy Crush Saga for example) and gambling, by stating that  ‘gambling games would not be much different as they look and sound the same’.

Now I agree there is a link between online games, smartphone apps and gambling.it is not the nature of games that make the jump from games to gambling so prevalent but the mechanics of  ‘freemium’ apps.

The typical ‘freemium’ apps are free to download and play but their underpinnings use the addictive mechanics of gambling machines. An example of this is Random Reward Generation in which the game will allow you to win based on an inherent time-related strategy. These games are displayed as ‘random’ or, as many gamblers call it, ‘lucky circumstance’. Random reward Generation has been shown to stimulate dopamine and secretion in the brain. The freemium app will allow you to buy ‘power-ups’ (giving the impression of luck). Or negotiate the time-limited aspects of the game (similar to running out of money at a slot machine) by buying (with real money) in-game tokens.

Therefore, it stands to reason that a freemium game fan would find it easy to make the jump to gambling. We are being primed to seek the same emotional hit that they would get from gambling. Again, as mentioned in the article ‘…they looked and sounded the same…’

Next was the gender-specific nature of the article. Women can end up as gambling addicts because of online games. Mental health and addiction are not restricted to a gender. Yet the article leads with the plight of women making the jump between online games and gambling.

Mentioning that ‘… women are expected to be high achievers, good at work, look perfect, be a supportive wife and super mum ? to be all things to all people.’

I understand that there is a lot of pressure on women to ‘be all things to all people’. However, the article makes no mention of the plight of men. Which, one would think, would and should be of equal value.

Male suicide in Britain is  ‘now three and a half times that of women’ due to the impact of societal values bestowed onto men (which I hasten to add also impact women). This is directly implicated in men’s reluctance to seek help and support (whether from friends or professionals). Preferring to self-medicate with alcohol or drugs, and with all the consequences that hold for careers, relationships, social isolation and homelessness; All of which are known to be key risk factors for suicide.

Addiction is not gendered specific and making it so further sediments the perceived cultural and societal gap between gender difference in mental health. We should be looking to include men and women in such research rather than singling out one gender’s plight.